GZ PT is a standalone non-profit GZDOOM based remake of Hideo Kojima's Playable Teaser. While not a 1:1 remake, every sequence has been recreated as close as possible to the original, with low res assets and textures in true retro fashion.
Will you manage to escape the haunted corridor?

This game is completely standalone, only GZDOOM is required to play!

Please don't ask about Quest Gzdoom or Delta Touch, this game was made and tested specifically for standard PC GZDoom so while it may work on those specific versions I cannot answer or give tech support to Delta/Quest users.

*Download Gzdoom at https://zdoom.org/downloads
*Extract the Gzdoom files and GZPT.ipk3 in the same folder
*Click on Gzdoom.exe, select GZPT.ipk3 if prompted, and play!
*Configure keyboard and mouse, and other settings in the options menu!

To interact with things and solve puzzles, you use the "Use" and "Altfire" buttons. Always Run and Mouselook should be set to On as well.

A: You're loading GZPT twice! This can happen if you start the game from GZPT.ipk3 instead of Gzdoom.exe, just use the exe and it'll work!

Q:Can I play this with mods?

A:Only if they're made specifically for GZPT, anything else will cause error, conflicts and possibly crashes.

Q:In the original PT you had to use the microphone at some point, is it required here?

A:No, there's no way for me to control the microphone on Gzdoom, so it's changed to something else.

Q:Can I run this with the Software renderer? What about the Softpoly renderer?

A:You can only run this in OpenGL or Vulkan.

another breath takes discarded management action until the final result

For being recreated in the DOOM engine this was actually a very good recreation of P.T. Made a video on it.

Thank you for playing! Looking at the video it seems like models didn't load correctly, either being very warped or completely flat (like the lamps), I'd recommend to wipe clean your config, update Gzdoom and also the video card drivers, if you keep seeing the issue try switching from OpenGL to Vulkan or do the opposite if you use Vulkan by default

Kind of too late to be doing any of that considering the game is no longer on my box after creating this video Lol. Used whatever the default settings were apart from resolution which I set to 1920x1080 for recording purposes. GPU drivers are up to date so that is no issue. Had the most up to date version of gzdoom seeing this was my first time ever interacting with it/first time downloaded. Would put in the description here about configs. I ran the game as is after downloading everything. I do see in other people's videos that the objects are perfect, so I wonder if gzdoom automatically does the settings. I thought the reason the objects were like that because of engine limitations. Still was a great experience and awesome recreation for what it is.

English: is giving error in the 3d models and do not know how to fix

Whoa amazing remake! Scared the crap out of me.

Cool, pretty cool. I just felt missing the 3 mementos remaining and that telephone ring doing that announcement: "You are chose" and the end game. Beside, this game is pretty cool. Congratulation for that work. Ah, my list, here it goes

I got this working on my Raspberry Pi 4 with LZDoom and stacking it on doom2.wad (I don't know why, but it works). The only thing is it's running at a low frame rate (too much lighting and reflections?) and I can't do the gamma skull puzzle because the slider is disabled. Lisa becomes absolutely malicious in the "look behind you" scene (a slight turn triggers her).

Tried out the game...

Hi there i love this demake, i play from begin to end and write my own guide xD.

i try to share with a friends (they don't have internet in their home) but GzDoom superior version of 1.8.6 can't run because their pc is from 2002 and the max version of OpenGL is 2.1.2. GzDoom from some point requieres OpenGL 4 or superior.

Execution could not continue.

Someone had a version of GZ (7780 Silent Hills) Playable Teaser, can run with :

Hello, thank you for playing, i'm sorry but only the latest version of Gzdoom is supported, even if your friend were to pass the OpenGL check, it still wouldn't run because that version of the engine is extremely outdated and would lack a lot of features used to make this project. Your best bet is to tell them to run it with LZDoom instead (you can find it in the same page of Gzdoom), but keep in mind that that's not supported as well so it will not look and play the same.

Hi there, we try with all versions like GzDoom, LzDoom, and any version look like support the GzDoom Format Package File.

But with LZDoom i got Script error and i can't start it.

HolyHell.wad. Thanks for blessing the Doom modding community with this nightmare conversion.

Did you also glue Lisa to the player's back? lmao

I really, REALLY love this thing. I think I hit a glitch, though, when I got the second laugh and was immediatly killed by Lisa. Was never able to get the clock back to 23:59 and couldn't get any baby laughs.

Outside of that, really awesome recreation, even down to the scraps of paper hidden around that flash different languages on screen.

Thanks for playing, the last puzzle doesn't reset if you die, so in your case, after exiting the basement, you've already got the first laugh and you can start straight away by getting the second laugh instead.

How can i get second and third laugh of baby?

please tell me how to run on delta touch pleеееаase

You need last version of delta touch and powerful gadget, ~4-6 Gb of RAM

Can you run this on the gzdoom launcher on VR in the quest2?

A user was working on an edited version that could run on quest so you might hear about that soon enough. The official version was made only for standard Gzdoom

can i somehow run this game on android device?

Only the latest Gzdoom version is supported, you might be able to find something to run it on mobile, but expect crashes, unexpected behavior and glitches

You can use Delta Touch, but I recommend it on PC with GZDoom 4.5.0 (just released), if you have one.

please give the optimal settings for the delta touch

how do you get it to show up, its not even registering it on delta touch on mine

Im getting this error.

What does this mean? I could really use some help.

Update Gzdoom, make sure you're launching the game correctly (check the readme)

Hey, this is really cool and this is the only way I'm ever going to experience P.T. so thanks a lot, Batandy. It was a great fun to play and spooked me good. However I'm just as interested in knowing what went into it as playing it, I had no idea the Doom engine could do these things. So if you have, or will, write something or make a video or anything about the process involved I would love that. Even if it doesn't go into details, just to get a peek behind the curtains here. Just wanted to let you know there is an interest, at least I would be interested.

Thank you very much for playing, I might perhaps talk about it in one of my dev streams on Twitch one of these days: https://www.twitch.tv/batandy (If the content is meaningful, it will be reuploaded as a Youtube video of course)

gzDoom is an enhanced source port of Doom so while it is based on the Doom source code it’s capable of modern rendering and effects. Modern Doom tools include Slade3 which lets you see all the assets and Ultimate Doom Builder, a 3D map maker.

when i download and extract it it doesn't come with GZPT.exe  so i can't run it correctly i tried re downloading but nothing

You need gzdoom. There is a link in Install instructions.

i have it downloaded but it didn't work at first. but works now, you put me in the right direction. thanks for the help 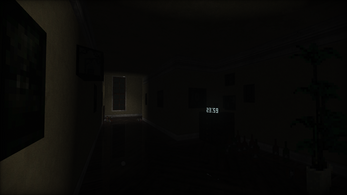 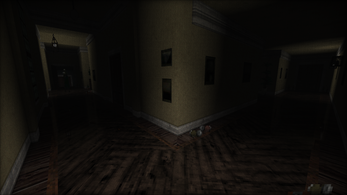 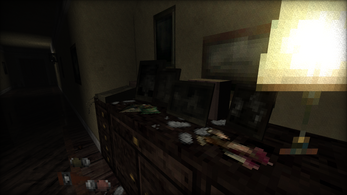 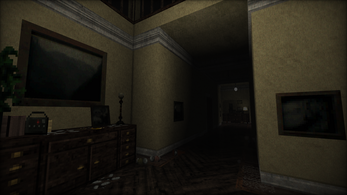